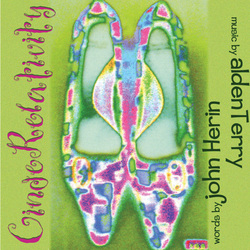 In this brain-twisting version of the Cinderella story, each character begins his or her journey at a different point in time, and, though the characters meet and interact with one another, their storylines are hopelessly out of sync.

Original Production at Hudson Guild Theater, New York, NY - April 2002
As part of The Cinderella Project, an evening of 3 one-act musicals inspired by the Cinderella story