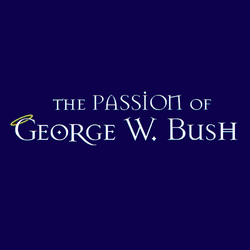 The Passion of George W. Bush
A Musical Testament

The life story of the 43rd President of the United States is retold…in song!

Produced by Last Minute Productions and The Vision Thing

“Kudos to the authors: book and lyrics by John Herin and Adam B. Mathias; music by Alden Terry. They have created an edgy satire with a message using a rock score that supports the material without overwhelming it. This intermissionless romp is ninety minutes of pure fun.”  – David Fuller, nytheatre.com

“But skewering a president through theater--regardless of how easy a target he might seem--is not as simple as it looks. Most shows are so busy flinging their tomatoes or indulging in clever gimmicks that they skimp on standard dramatic conventions, such as complex characters and compelling stories. The most successful shows accomplish their task rather counterintuitively: They take their target's point of view seriously. A prime example of a musical comedy that uses this strategy to its advantage is The Passion of George W. Bush…The show deftly theatricalizes the Bush story by drawing out its time-proven heroic archetypes and subverting them.  .” -Zachary Pincus-Roth, The New Republic

"Under the direction of Simon Hammerstein, the biting satire ultimately does the president a service: It portrays him as a principled man of integrity duped by carelessly cunning manipulators. Rove (Jonathan Putterman) is a sadistic Machiavellian who makes young George swallow his chewing tobacco to prove his earnestness. Condi (Thursday Farrar) gets off every time Dick starts talking dirty, and Dick is the mastermind behind everything. (Powell is relegated to fetching coffee and answering phones.) ...if you want to see Dick Cheney defibrillate himself, Condi Rice sing a lullaby, George Bush salute stagehands dressed as Secret Service agents (a marvelous directorial touch), and what could be an almost reasonable genesis of the “No Child Left Behind” slogan, then The Passion of George W. Bush is definitely for you." -Sean Dugan, The New York Sun
Gallery - Click to enlarge 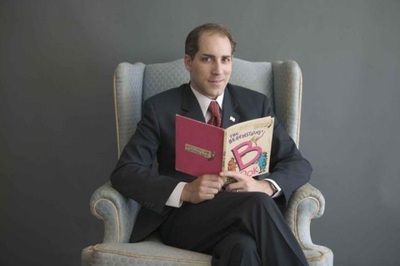 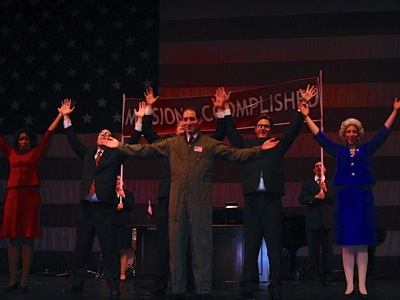 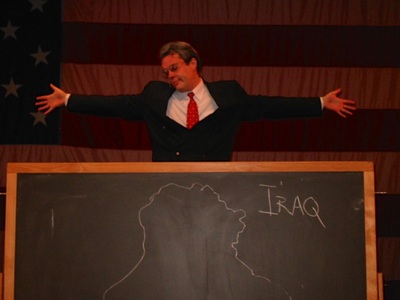 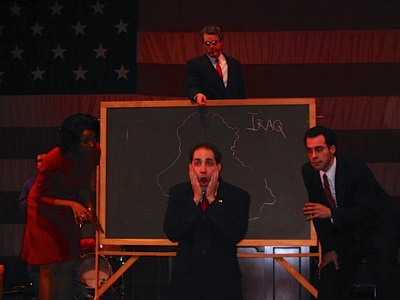